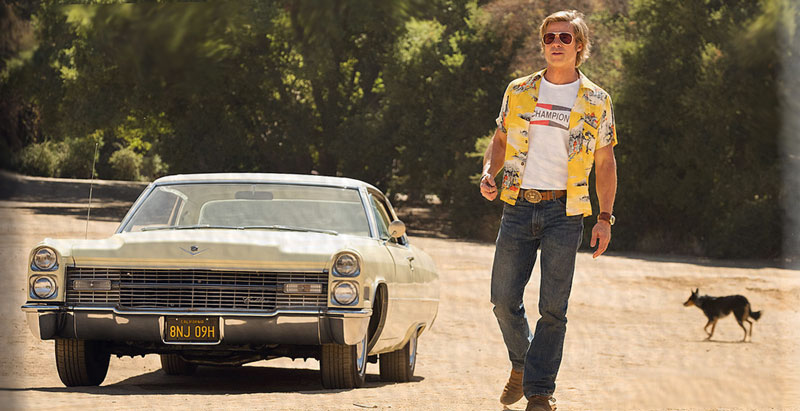 Thanks to Tarantino’s new feature film, “Once Upon a Time… in Hollywood,” the historic Westwood district was restored to its 1960s appearance.

Creating that perfect illusion of 1960s LA wasn’t as hard as you’d think. Richard L. Johnson, supervising art director for the film, said that he had spent decades in this part of town when he was young. So all he had to do was recall his earlier memories and recreate them, explaining that the production was just going back in time to something he already knew.

The 1930s saw the opening of the Regency Bruin Theater and the Regency Village Theater. These two cinemas saw countless red carpets and film premieres. Johnson explained that for one of the scenes at the Bruin Theater, he had to change the various images above the entrance to back-lit black-and-white tiles in order to redesign the marquees properly.

Thankfully, the theaters mostly look the same as they did back in the day, Johnson noted. However, other parts of Westwood Village required dramatic overhauls in order to recreate their ’60s look. One of those problematic objects was the Taco Bell right next to the Bruin Theater, which used to be a Hamburger Hamlet restaurant.

Returning the famous Stan’s Donuts to its former ’60s look was Barbara Ling’s, the film’s production designer, favorite part of the reconstruction. Stan Berman, who founded the store in 1965, became quite emotional when he saw his locale transformed to its retro look.

Ling, who is also a Westwood native, said that thorough research had to be done in order to transform Westwood Village back to its ’60s state. She also noted that they used photographic evidence from UCLA’s archives as well as various private collections in order to fill in the holes in her memory.

She noted that various objects like the Hamburger Hamlet, the movie theaters, and Stan’s Donuts are all iconic and that it’s the smaller forgotten places in-between those that are an integral part of capturing the authentic atmosphere.

She went on to stress the importance of attention to details. Everything was changed to fit the era — from newsstands to streetlamps. One example of such attention to detail was the need to repaint the crosswalks. While now, American crosswalks are painted with zebra lines, they used to be just two white lines across the street in the ’60s.

The Westwood Village Improvement Association helped the production team with smaller details, such as anachronistic benches and trash cans. The association dealt with the stores which would be affected by the filming, while the production acquired permits for the area to be shut down in order to park vintage 1960s cars.

Johnson mentioned he did include elements of nostalgia, in addition to thorough research, into the sets and locations of the film.