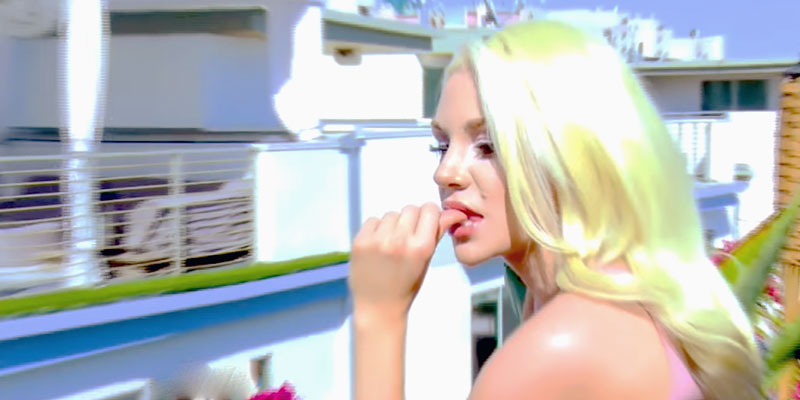 Courtney Stodden visited the final resting place of one of her favorite heroes, Marilyn Monroe.

The reality TV starlet was spotted Monday on her way to Marilyn’s crypt, located at the famous Westwood Village Memorial Park. There, she shares a wall with a number of greats, Hugh Hefner being one of them. The entirety of Marilyn’s crypt was covered in flowers.

Courtney wore a wide-brimmed hat for this momentous occasion — one of the late icon’s many signature styles.

Marylin had similar headwear in her ’57 movie “The Prince and the Showgirl,” And having in mind how big of a fan Courtney is, we aren’t surprised at her choice of headwear.

An interesting fact is that Courtney visits Marilyn’s grave on a semi-regular basis. She visited in 2016, leaving a heartfelt letter expressing how much the great Hollywood icon was missed.

Likewise, she wore very Marilyn-esque clothing for that visit.

The Westwood cemetery is a beloved L.A. landmark, with Marilyn’s beautiful crypt being the undisputed masterpiece.

Joe DiMaggio, Monroe’s ex-husband, sent flowers to the famous crypt two times a week for twenty years, and the tradition is still uninterrupted.

Marilyn would have been 93 this year. She perished due to an overdose in 1962. It was ruled a suicide. However, due to her infamous affair with President Kennedy, many suspect foul play.